Don't have a login?
Register here.
The Shelby Report
December 30, 2020 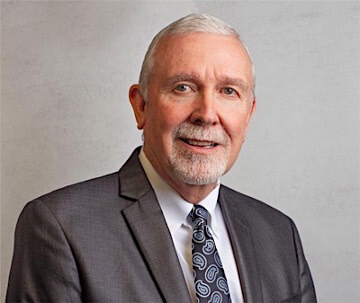 Neal Berube, CEO of Associated Food Stores, has announced his retirement, officially taking place Dec. 30, 2020. Upon his departure, Robert Obray, who currently serves as the company’s EVP and CFO, will assume the role of CEO.

Berube served for 30 years at AFS, beginning in 1990. He has held the title of CEO for nine years. Prior to CEO, he served as an EVP of AFS and president of Fresh Market Inc. Berube also has served as the chief operating officer and CFO.

Prior to his tenure at AFS, Berube was employed by Deloitte in Salt Lake City, Utah, as a staff and senior accountant. He also worked for United Savings Bank and Western Mortgage Loan Corp. and held the titles of controller, VP, SVP and CFO.

Berube is married and the father of three sons. He has also been an adjunct professor of accounting at Weber State University for nine years, and now serves as the mayor of North Ogden City.

During his tenure, he led the AFS team to numerous accomplishments, including:

• Appointing the first female vice president in history of the AFS.
• Implementing a construction loan and development program allowing members to acquire stores in prime locations.

“Neal has done an outstanding job as CEO. Associated Food Stores has been fortunate to have such a remarkable leader, responsible for guiding the team through many milestones and achievements. I am lucky to say that I know Neal well, and can personally speak to his integrity and kindness. He will be missed,” Obray said.

AFS recognized Berube for his leadership, dedication and passion for the success of the independent grocer, as well as the amount of genuine care he continually demonstrated with the team at AFS. His contributions and leadership at AFS have been impactful and significant, leaving an incredible legacy, the company says.

AFS is an independent retailer-owned warehouse based in Salt Lake City, Utah, which provides complete warehouse facilities and services to more than 400 grocers throughout the Intermountain West.